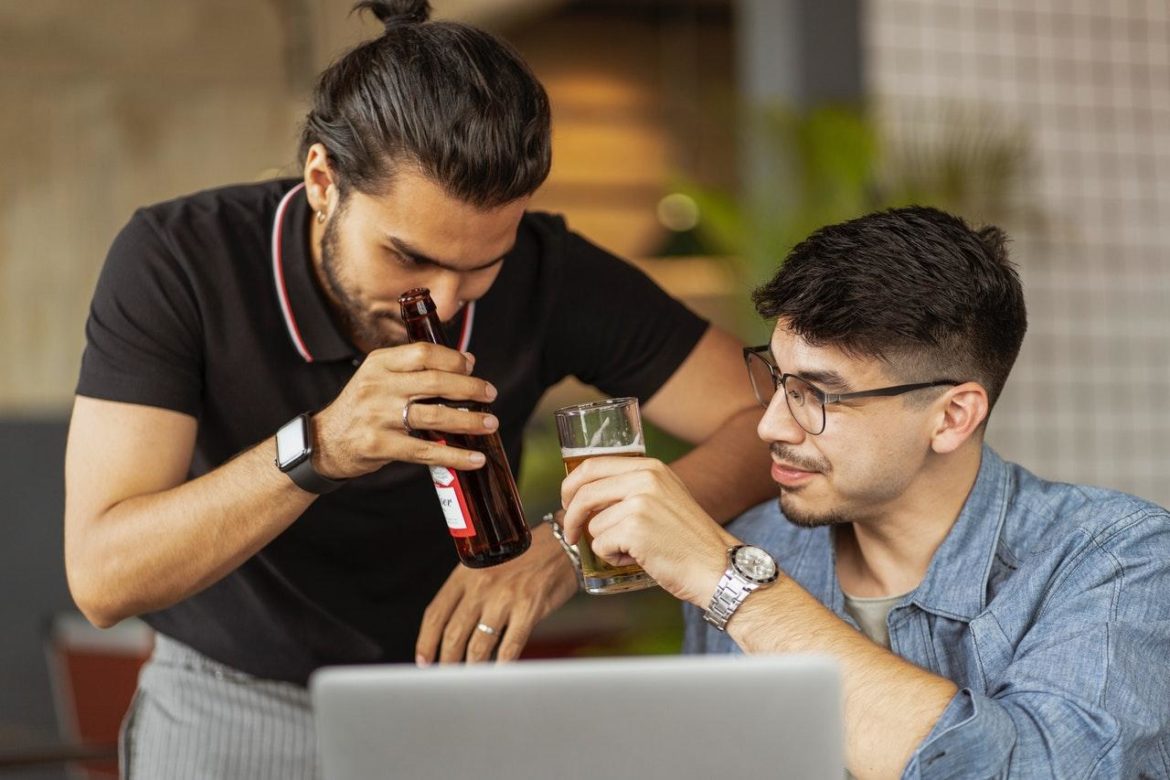 Everything you Need To Know About Beer Making

Even though the fundamental concept of beer is simple, there are a lot of nuances when you want to get into brewing. Before crafting your own, beer is just a yellow liquid that you drink for fun on a Friday night. That’s usually the time when you first start drinking in your college years.

But, after a while, you start to notice subtle differences between different brands. Eventually, you realize that you like IPAs more than you like lagers. Eventually, you might turn to some other type of alcohol, but you end back up with beer. Click here to read more.

This drink is like a calling, and it’s a work of art if you want to master creating it. When you know everything about the ingredients and how they mix together, you’ll have a reference point to what needs to be improved in the following batch.

What’s it made of?

The easiest way to remember is that beer is made of water and grains. It’s the first alcohol that people created, even though most people think that it was wine. There are traces of beer in the first cultures that roamed the world 13 000 years ago.

It might surprise you to find out that there was a Beer Purity Law written in Germany during the 16th century that said that hops, barley, and water were the only ingredients that may be used when making this alcoholic beverage. When the government wants to mix in it, then it’s probably important.

If you compare that method to modern ones, you might realize that something is missing, and you would be correct. The thing that’s missing is yeast, which is extremely important in beer production. When that law was enacted, the brewers utilized earlier batches to help out the process or left it out into the open for wild yeast to be created. Follow this link for more info https://www.beveragedaily.com/Article/2022/02/28/no-and-low-alcohol-options-will-be-vital-to-beer-category-growth.

It took more than 200 years for them to realize that yeast plays a massive role in fermentation. If you’ve ever tried a craft beer, you’ve probably noticed other ingredients apart from these, but without them, the whole house falls apart. They’re the foundation, and you need to master them before you start adding anything else.

Since the ABV of most beers’ ranges between 4 and 5 percent, this means that 95 percent of the drink is water. That makes it the most important part of the process, and you want to utilize water that tastes pleasant on the tongue.

Now, you might be thinking that water has no taste, but that’s only because you’ve not been exposed to different kinds. Sparkling water has a different taste than the regular tap version, and that’s because it has minerals in it.

The minerals create a unique flavor, and you’ll learn how to impact the taste when you become a brewer. If you’re a newbie, you can use regular tap water from your local supply, except if it has high levels of bicarbonates, iron, or sulfur.

The reason why beer tastes as it does is because of barley. It provides the majority of the sugars that are responsible for the taste. This grain is quite close to wheat, but they’re not the same, and you need something that has been treated for brewing, which stands for malts.

This malted barley has been induced to sprout since it was steeped at a specified temperature and under the correct circumstances. As soon as that point has been crossed, there’s no going back since there won’t be any further growth and development of the plant.

Next, come the starches and the sugars that get removed while brewing, but that depends on the recipe. However, before it can be utilized, this grain needs to be crushed, and there are stores that can perform this step for you.

If you’re getting your ingredients online, they’ll probably arrive already milled. If you want to do it yourself, then you need a vessel like the ABS Commercial Brite Tank and a zip lock bag and then use a rolling pin and softly move it around for the grains to be softly crushed. For a first timer, it’s much better to get the ingredients ready-made.

If you leave this plant to grow unobstructed, it can reach almost 18 feet. It’s beautiful to look at, and it’s also the soul of your crafted beer. It’s closely related to hemp, but it doesn’t contain any CBD or THC.

Maybe our ancestors used hemp for making beer, but modern people still don’t. Furthermore, this ingredient is responsible for balancing the sweetness by adding bitterness. If you add too much, the end result could taste flowery. It’s also responsible for preventing spoiling.

It took people two hundred years to realize the importance of yeast in the beer-making process. Luckily, now everything can get served on the table, and you only need to try making it. Alcohol is created when sugar gets exposed to carbon dioxide and yeast. You can go to this page to read more.

Without yeast, there’s no beer. It’s made up of living microorganisms that eat sugar and create alcohol. If you try to do it the old way and wait for wild yeast to form, then the beer would have an unpleasant taste. Fortunately, there is a wide range of flavors you can pick, and they contribute a lot to the entire process. You can pick ale or lager and based on the choice. You’ll have to create a cool or a warm temperature while you wait.

A Complete Guide To Creating A Real Estate Team

How Does Kratom Help Bodybuilders?

Kratom For Skincare: Benefits And How To Use...